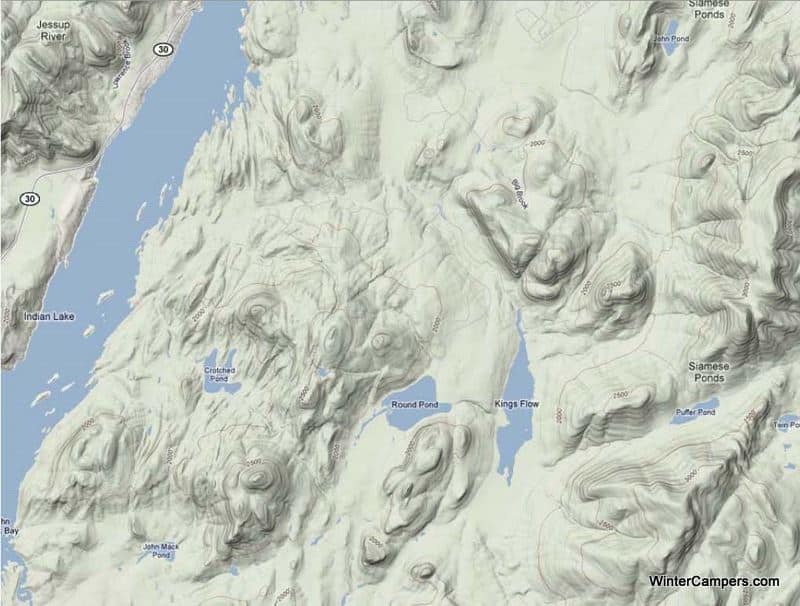 Chimney Mountain truly is a “geologic oddity” favored by rock climbers and spelunkers. A fault line runs through the summit of the mountain and when this fault shifted, it shattered the summit reducing it to a pair of parallel ridges and a rift in between. Several near-vertical spires decorate the ridges which are surrounded with a maze of caves and crevices near the summit. The highest of these spires is called “The Chimney” – giving Chimney Mountain its name. 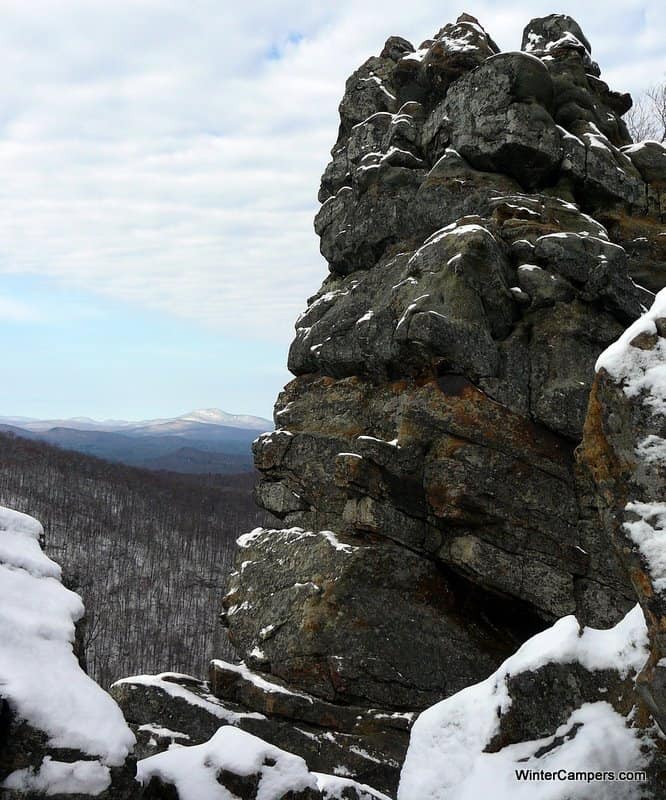 The WinterCampers.com crew set their sites on Chimney Mountain then on to overnight at the Puffer Pond lean to. Mark, Sparky, Len and Solo Pete were joined by the newbie Chad for the assault on Chimney.

The group set off around 11am with cloudy skies, temps in the high 30s and with a light snow covering the ground. The route up Chimney was only 1.4 miles but very steep and a bit slippery as they neared the top. About 50% of the trail is exposed bedrock. 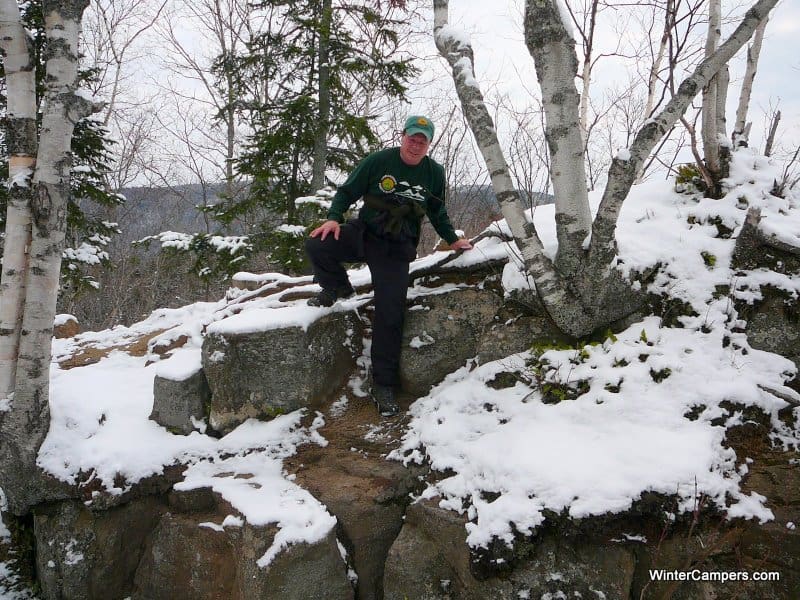 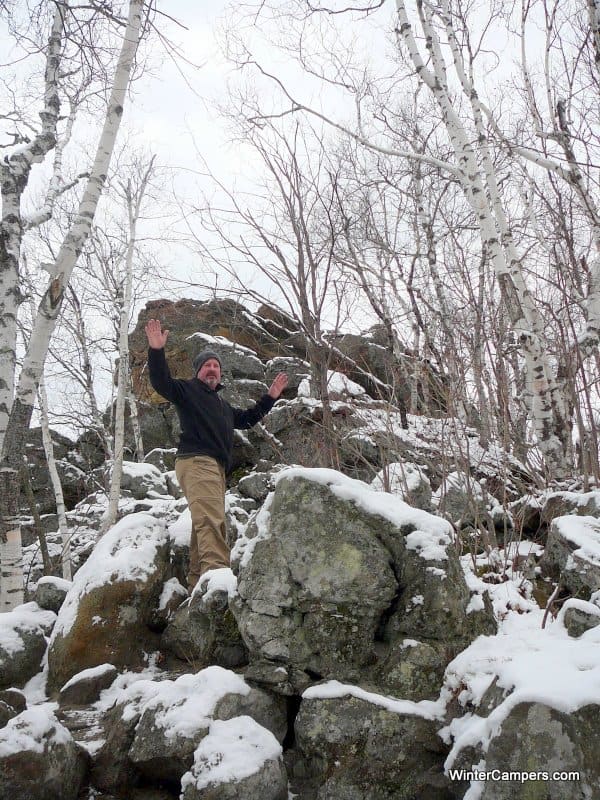 The summit provided outstanding views especially as the skies cleared. 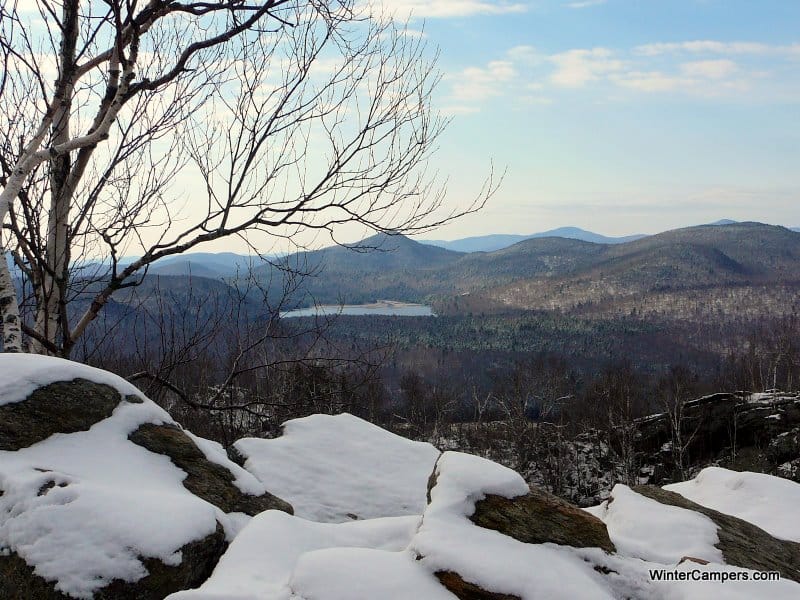 After enjoying their lunches they returned to the trail head where they met up with Skip to begin the long gradual uphill hike into Puffer Pond. A strong breeze prevailed much of the afternoon and evening, under nice clear skies. The group sat around a roaring fire, swapped stories and watched Skip’s mini firework show till shortly after 9pm.

Len, Solo Pete and Skip took up residence in the lean to while Sparky, Chad and Mark slumbered in their solo tents a safe distance away from the resonating snoring chamber also known as the lean to. 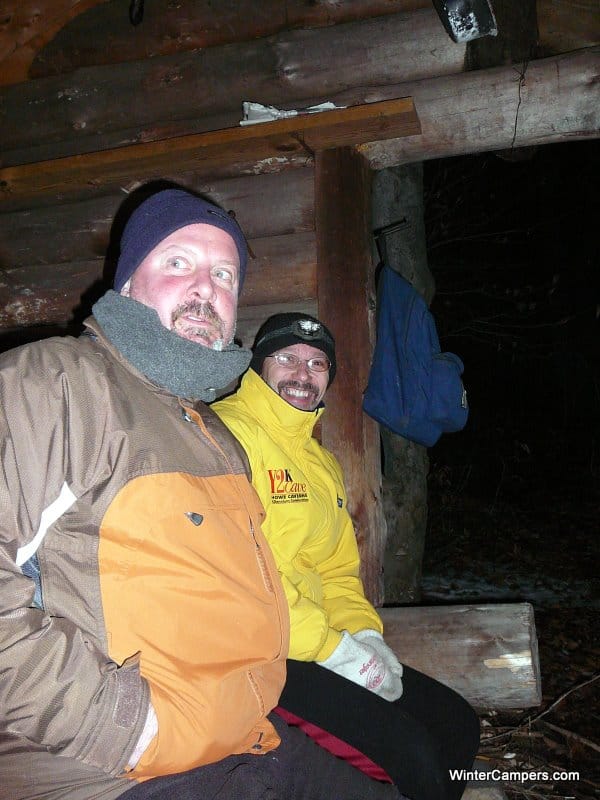 We awoke around 7am and began our trek back out around 9am. Solo Pete stayed true to his moniker and stayed behind to check out John Pond while Skip took advantage of the picture perfect day to go check out Chimney Mtn which he has missed the previous day. 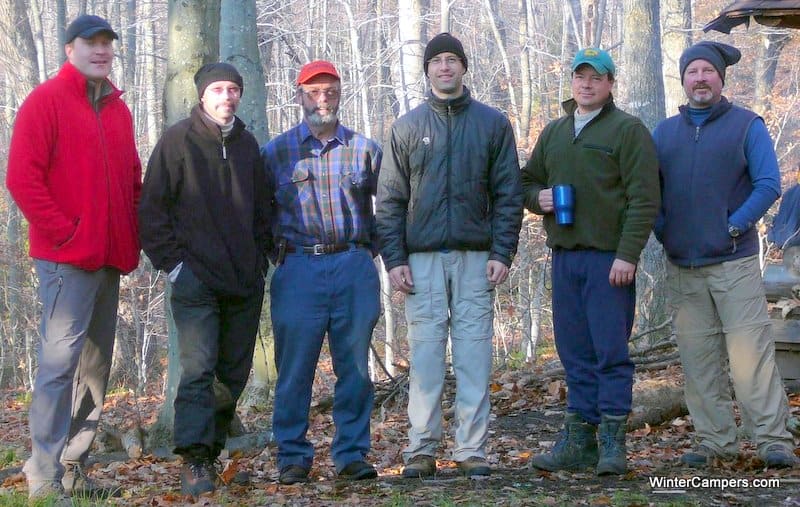