This past weekend we went camping at Tenant Creek Waterfalls and decided to use our magnesium fire starter to “initiate” the fire. Both Matt and I have carried these fire starters on many camping trips and decided that a little practice would be in good order.

If you are not familiar with the device it is basically a block of magnesium with a flint rod embedded within the block. One shaves off slices of magnesium and then creates sparks igniting the magnesium. 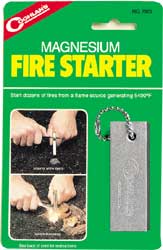 Granted there may be differences among the various brands, but ours (probably both from Campmor) didn’t work. It was too hard to get any shavings using a knife. I did a little research and saw where some users recommended bringing a small hacksaw blade to make shavings, but that was more to save the edge on a knife than due to any complaints about making shavings. Maybe our blocks were cheap or old or something, but they didn’t work. 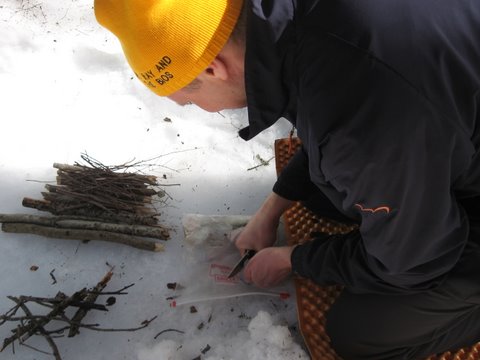 We got frustrated. We lit our fire with matches and then put one of the magnesium blocks in the flame to see how long before it would ignite. 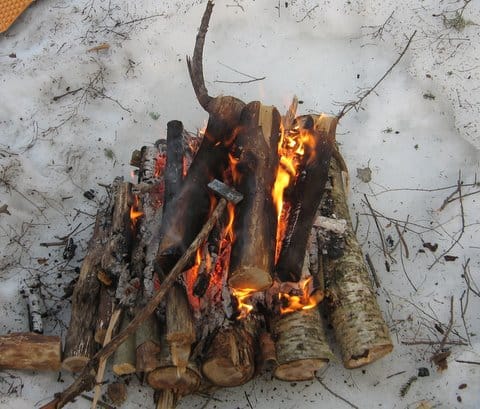 Again, there may be problems with our blocks, and maybe there is a need for the increased surface area offered by shavings, but it took several minutes (5 or more) to ignite the magnesium block. However, once going it created a white, hot, intense flame warranting a welder’s helmet. 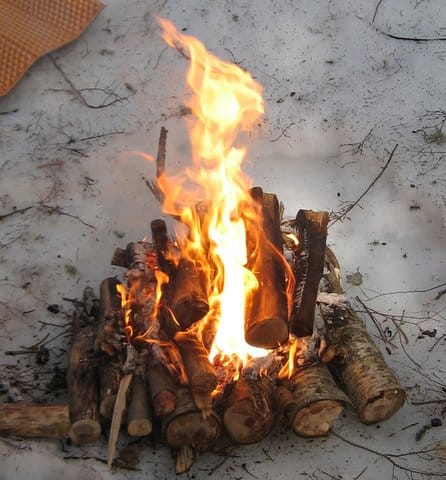 Has anyone else had experience using magnesium fire starters? Any ideas or recommendations for another attempt?