A reflector fire is really any fire that has some sort of flat surface behind it to direct the heat back out past the fire. This surface is erected behind the fire and pointed, for example, at the face of a tent, lean-to or other shelter. 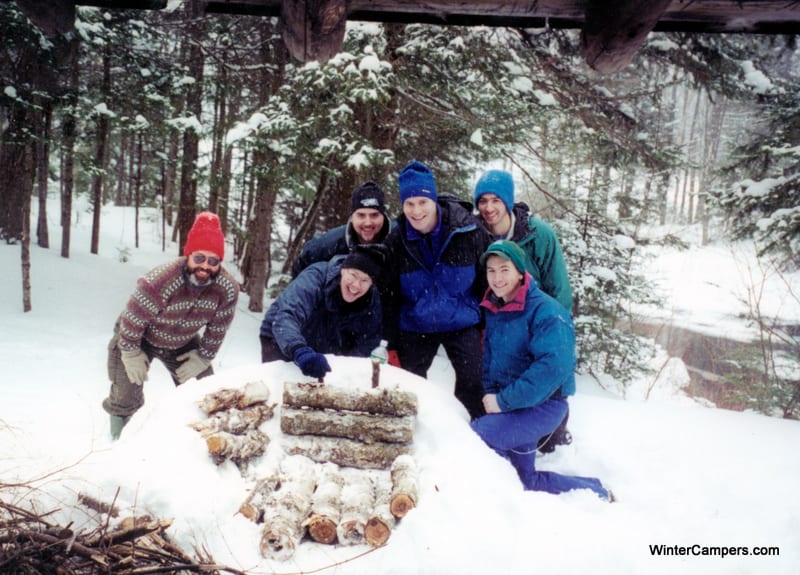 This back reflector can be made out of a few large slabs of bark, several logs laid against supports and stacked upon each other to form the surface. Rocks can also be used but just like those used to ring a fire, make sure they do not contain moisture. That trapped moisture can be heated to where it’s like a steam engine with no release valve. Exploding rocks can send shrapnel and shards flying in every direction!

Lay some logs on top of one another against the sloping back. Form a rectangle on the floor at the base of the slope as your fireplace. By lighting a fire in the middle most of the heat will be reflected back to the front of the fire, making cooking easy. Be sure that you build it so the ‘grate’ or fireplace faces the wind.

A good reflector close to the fire will help reflect the heat back towards you. Not only this but it helps to draw the smoke upwards instead of getting in your eyes. You can use this to your advantage by also reflecting heat into your shelter.

Notice when we discussed campfire location I recommended that you did not make a fire up against a large boulder or tree stump. Build the fire away from the rock/stump and place a reflector on the other side. As the rock reflects the heat onto your back, the reflector warms you to the front.

If there are no ‘natural reflectors’ simply build several reflectors of your own and place one behind you, then one on the other side of the fire.