The 2012 American Camper Report provides detailed data and analysis on camping trends throughout the United States. The report presents information on overall participation, preferences, buying behavior and the future of camping.

The report makes a broad definition of camping to include everything from ‘Glam Cabin Camping’ to sleeping overnight in the backyard with your kids, but it has some interesting date none-the-less. 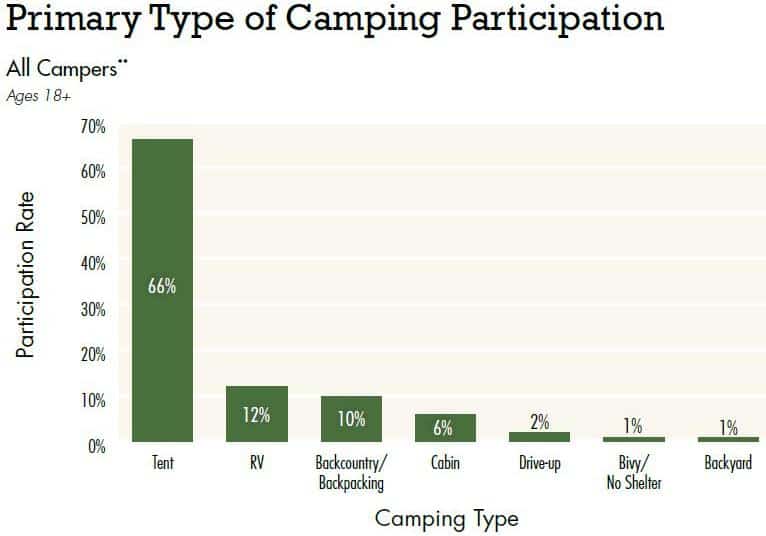 The report, funded by KOA and Coleman, shows that camping participation is growing. In 2011, 42.5 million Americans – or 14.9 percent of the US population over age six – went camping. This participation rate is up from 39.9 million, or 14.1 percent of the population, in 2010. Whether roughing it in a tent or enjoying a luxury cabin, campers spent an impressive 534.9 million days camping, an average of 12.6 days per person.

On a  “typical” camping trip 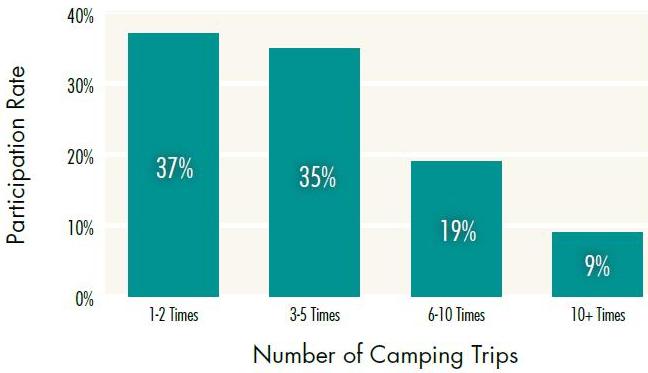