These are one of the stranger ice formations found in the woods; crystallofolia  are delicate ice formations that form from water emitted along a stem during a hard freeze in late fall/early winter. From Latin crystallus for ice and folium for leaf these are commonly called “frost flowers” or “feather frost”.

A typical example looks like a small puff-ball of cotton candy, a few inches across, made up of clusters of thin, curved ice filaments.   The petals of frost flowers are very delicate and will break when touched. They usually melt or sublimate when exposed to sunlight and are usually visible in the early morning or in shaded areas.

Frost flowers usually grow on a piece of water-logged wood.  It’s something of a rare find with conditions having to be just so before it will form. The formation of frost flowers is dependent on a freezing weather condition occurring when the ground is not already frozen. The moisture in the plants or dead wood expands when frozen, causing cracks to form in the stem. Water is then drawn through these cracks via capillary action and freezes upon contact with the air. The capillary action pulls moisture up from damp ground which continues to freeze and adds to what’s already frozen there. As more water is drawn through the cracks the thin ice filaments are essentially pushed out from pores in the wood as they freeze.

It’s something of a misnomer to call this frost since it freezes from liquid water, not water vapor. None the less, they were beautiful to see. 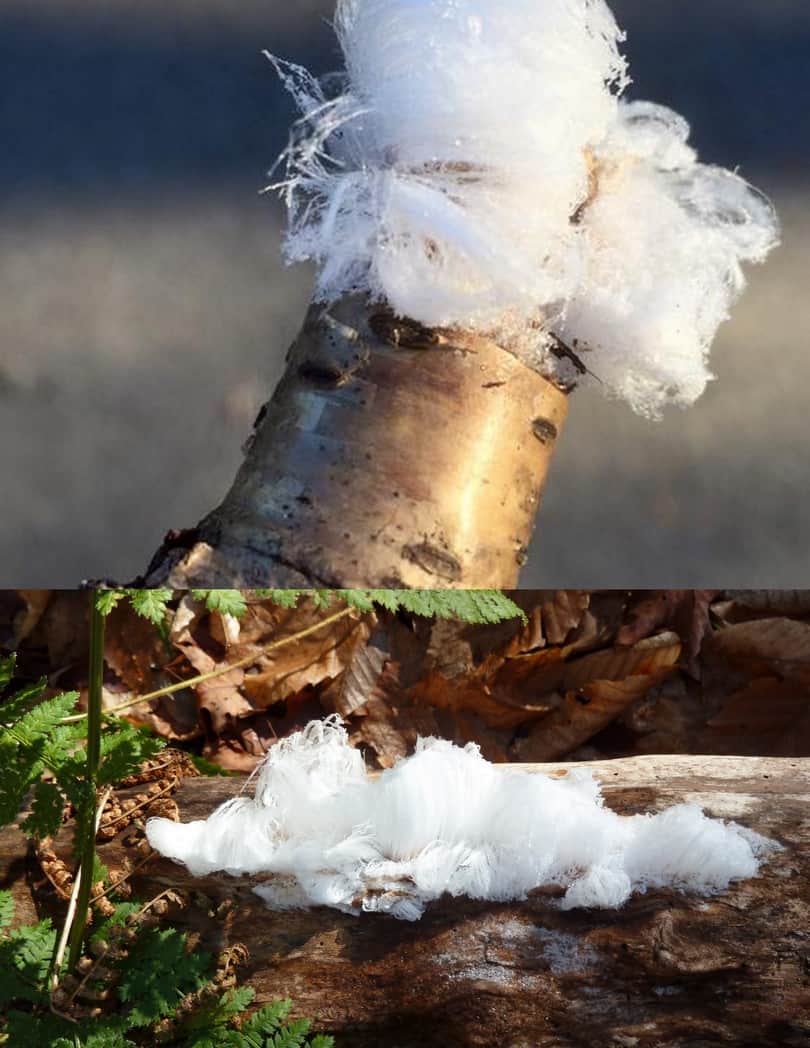