On our recent hike into Gull Lake we passed tracks left by an otter.  Otters often travel overland far from water,but in this case a small stream is visible in the background.  The snow clearly shows prints that are ~3″long with five toes on the front feet and five toes on the hind feet. 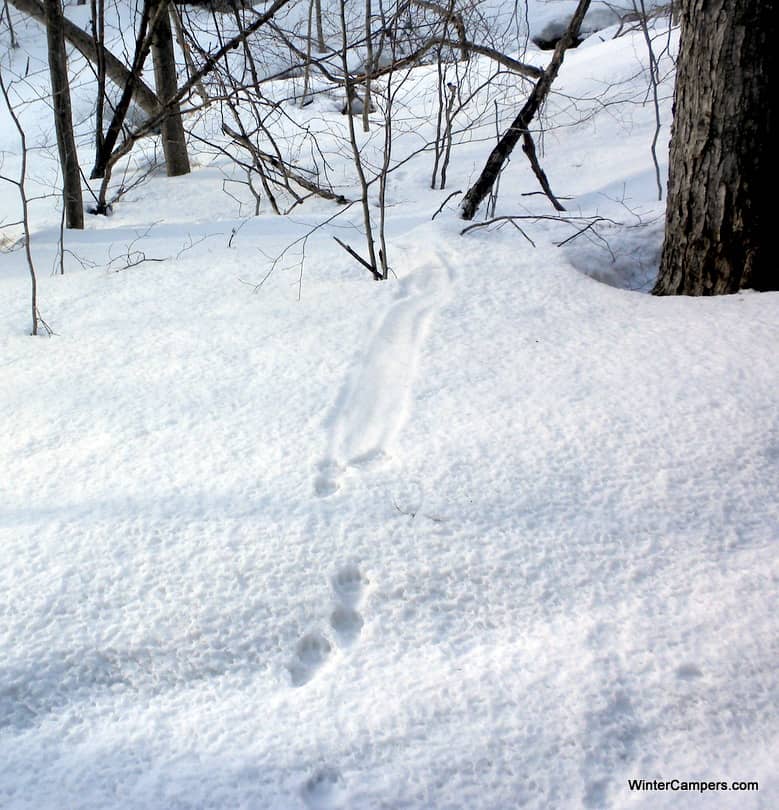 When sliding the otter will either coast on its belly with forefeet held along its sides and rear feet held out behind or,as in this case,get a ‘running start’and slide on its belly across the snow and then continue by pushing itself  to reach the end of a slide.   Alongside the slide you can see troughs in the snow made by the otter pushing its self with their feet tucked under their bodies.  Also in distance so you can see tracks mixed in with the slide.

Otters are aquatic mammals about 65 inches long (including tail) on average. They normally weigh about 13-14 pounds. They have glossy dark brown fur,which is lighter and gray-tinged on the underside. Otters are expert swimmers and divers,able to stay underwater for several minutes at a time. Otter diet includes fish,crustaceans,mollusks,amphibians and reptiles among other critters –but they are especially fond of crayfish.  They are less graceful on land,but typically migrate overland from one body of water to another. The range of a typical river otter is fairly large,roughly 10 square miles,with most of that area is within a short distance from a river,lake,or pond.