NOAA’s 2010 Winter Forecast for the Northeast

The press release from NOAA’s climate prediction center highlights the thinking on the upcoming winter.  Nothing unexpected here given the fact that a La Nina (described in the press release) is occurring and forecast to become stronger.  A La Nina cold season pattern typically generates highly variable weather conditions across the states.  This means unlike last year when we observed a stable storm track pattern that battered the Mid Atlantic region with tons of snow, and not so much for the Northeast.

This year the storm tracks will likely be quite variable meaning tracks up through the Midwest which bring us either mixed or rain storms.  Coastal tracks, which could bring the Northeast heavy snow, providing enough cold air is in place, something that’s determined by atmospheric conditions in the North Atlantic, which has much shorter term predictability (NAO). Storm tracks will also include moisture starved clipper systems, that this year could have a higher than normal chance of becoming strong coastal storm near New England making for very challenging short term snow forecasts.

In other words, winter weather will be coming at the Northeast from all directions this season with some hits and misses as is always the case.  La Nina winter’s in the past here have generally been punctuated by very active/stormy periods, followed by tranquil stretches.  Depending on what the prevailing phase of the NAO (North Atlantic Oscillation) is over the winter will ultimately determine what kind of snow year occurs and how cold we are…and predicting that will occur on short term intervals. 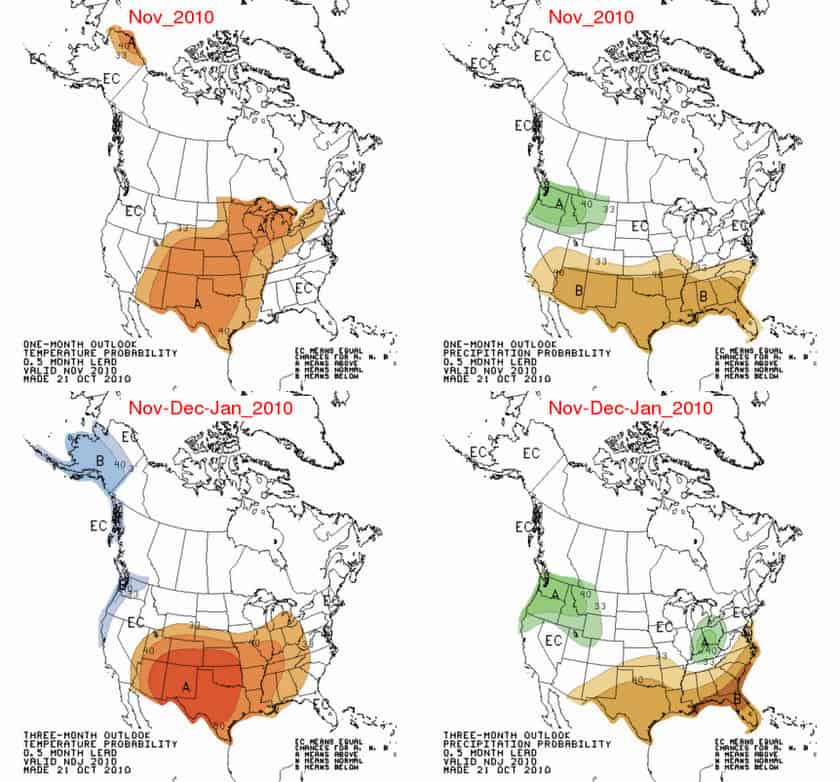