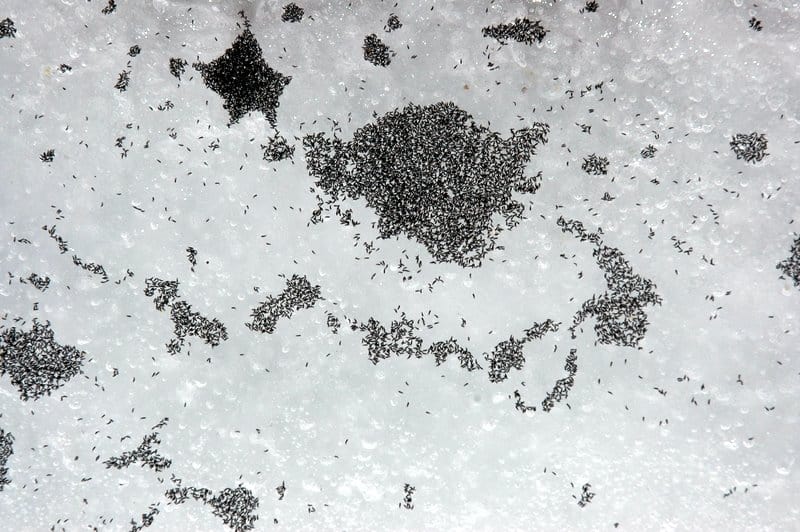 Snow fleas (springtails) are so called because they are observed jumping about on the surface of snow on a warm winter day,often near trees. Adults are 1–2 mm  long and their dark color makes them appear as specks that have been compared ashes scattered on the snow.

The snow flea is able to function in winter because they manufacture a kind of protein,like antifreeze,inside their bodies that allows them to survive much colder temperatures.

Snow fleas eat decaying organic matter such the mold and fungus found on decaying leaf matter,as well as bacteria,fungi  and algae.  Snow fleas are attracted to wet surroundings where they make their home in the soil.

While snow fleas are active  from November to March they are most apparent when the snow pack starts to thaw in late winter. During the warmer months they are harder to detect since they live under ground coming out only when they eat. During the early spring months snow fleas mate and the female deposits her eggs in the soil. In either case the eggs hatch during the spring months and the tiny nymphs will feed through the summer.  By winter the nymphs have matured into adults. Predators of snow fleas include beetles,ants,mites,centipedes,and other small insect-eaters.